Each automation rule consists of a trigger, conditions, and actions. Triggers listen for events in Jira, such as when an issue is created or when a field value is changed. Conditions narrow the scope of your rule. Actions allow you to perform many tasks, such as updating a ticket or sending a notification.

To configure the automation rule:

Consider the example of synchronizing the priority level for a submission when you push it from Crowdcontrol to Jira.

In Crowdcontrol, under Field Mapping, select Bugcrowd Priority as the Jira field you want to map to the Priority field. 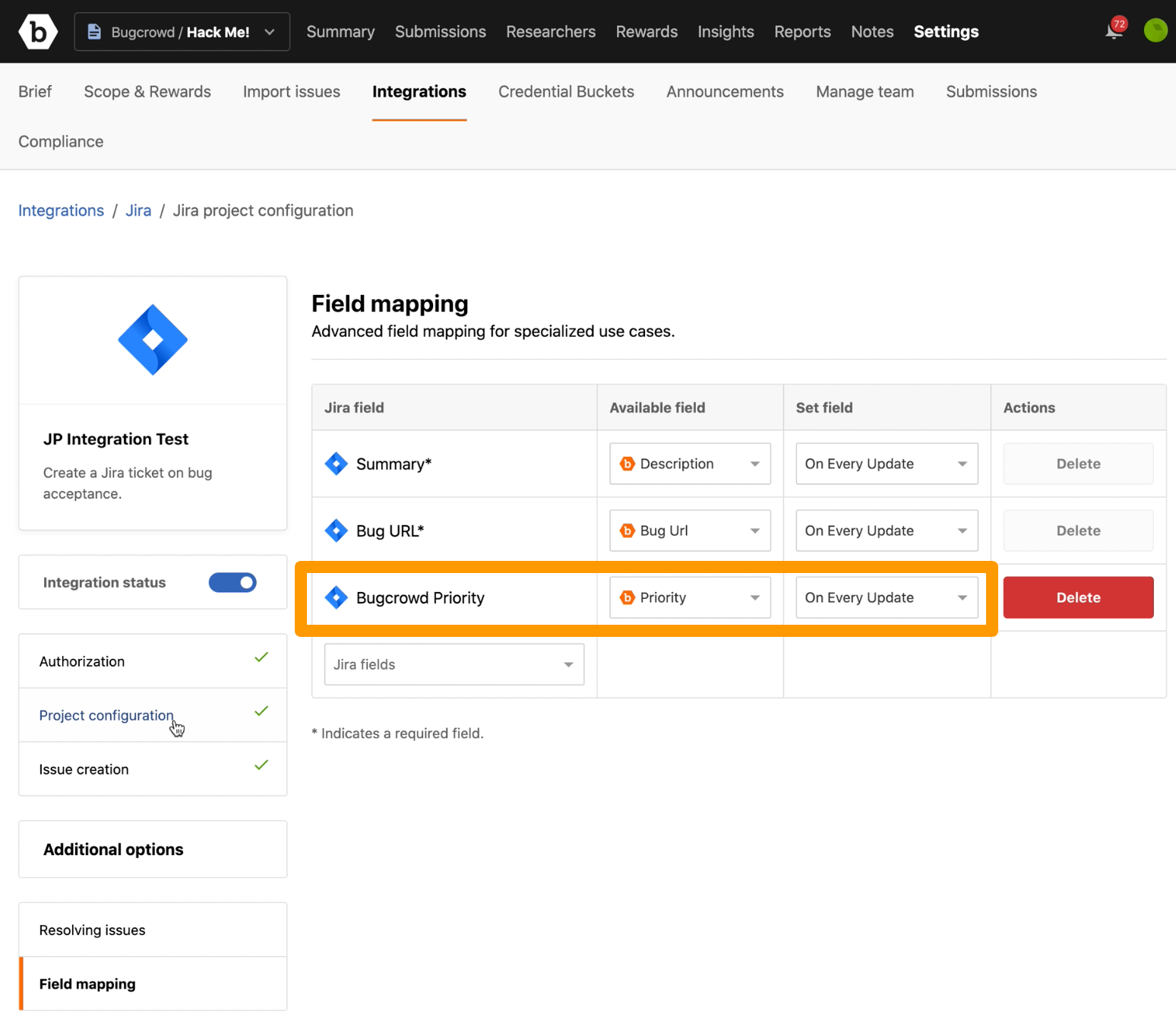 In Jira, create a rule called Bugcrowd P1 Priority Mapping such that it is triggered when the issue is updated in Crowdcontrol and the condition is Bugcrowd Priority equals 1, the action is to set the Priority field as Highest in Jira.

In Crowdcontrol, go to the submission and change the priority level to P1. 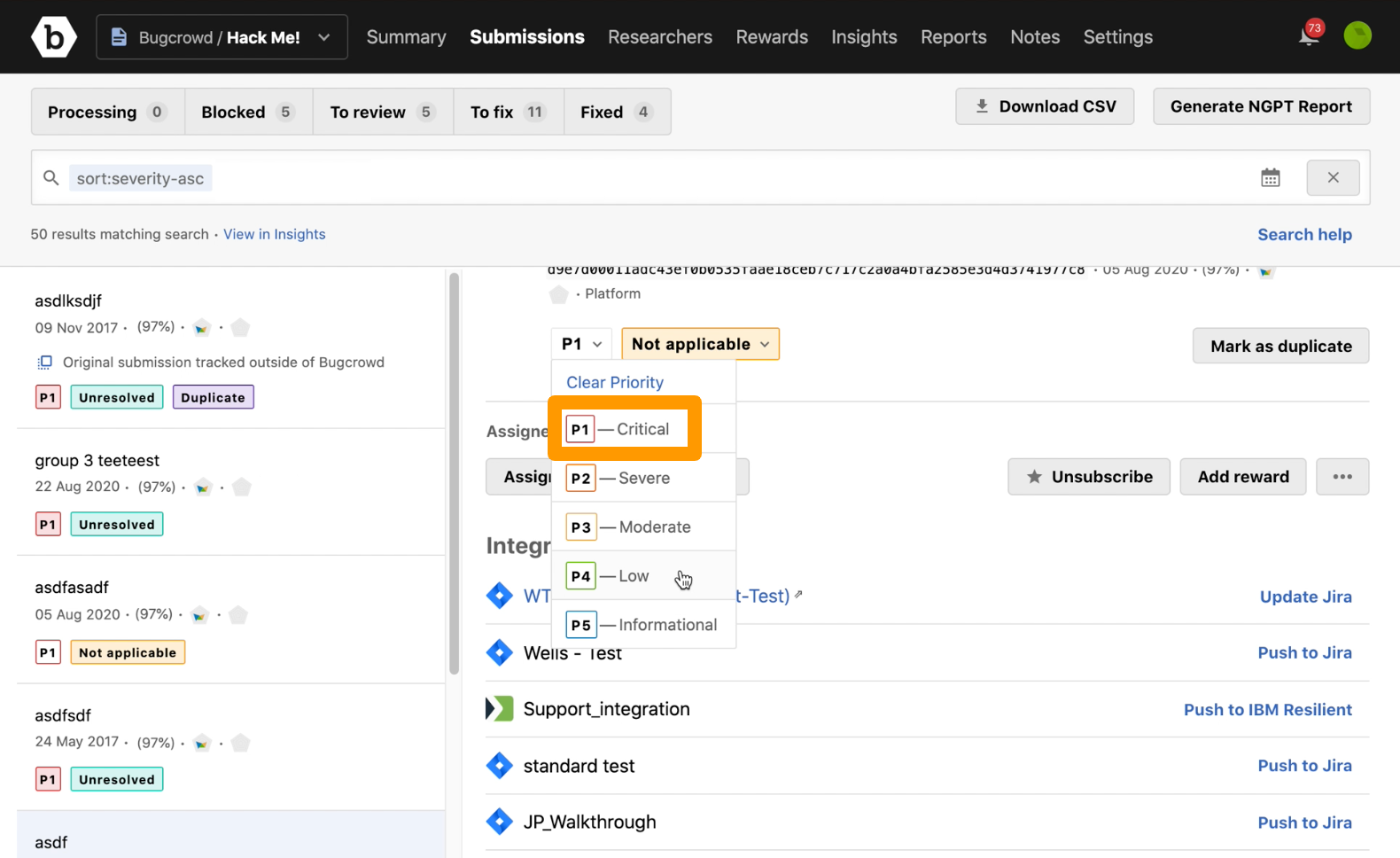 Click Update Jira for the integration within the submission. 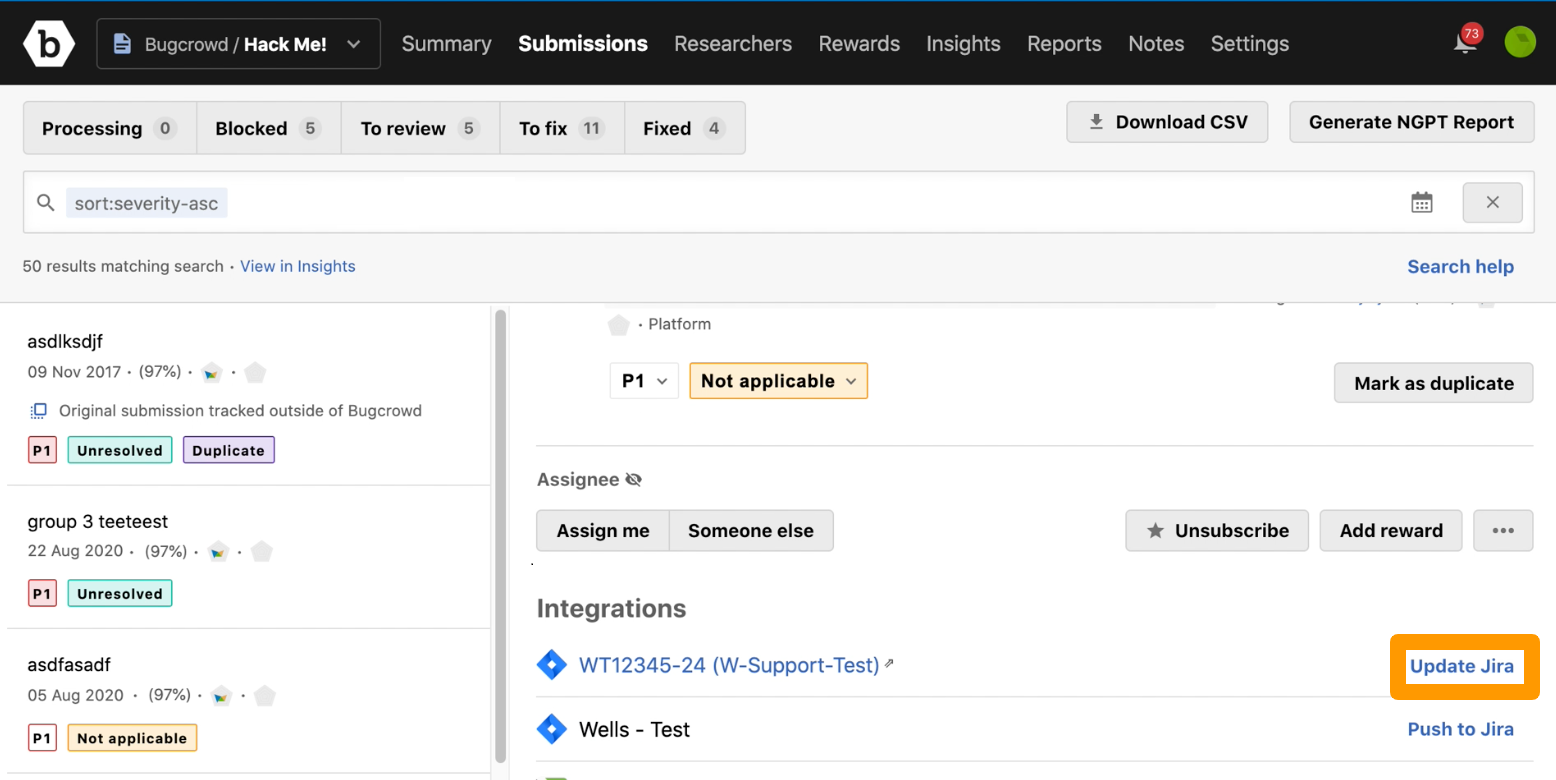 The Priority field is updated as Highest. 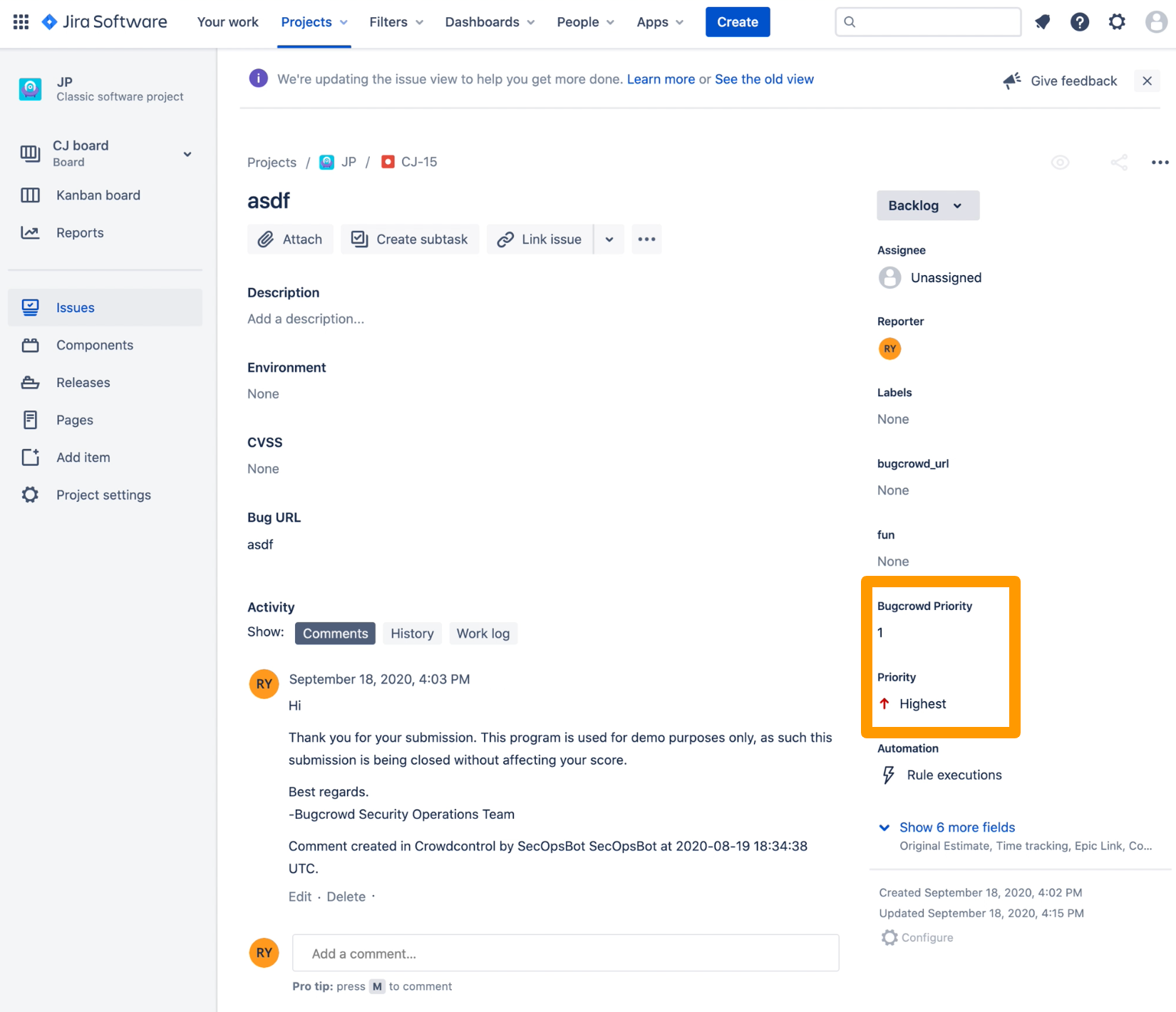